Pokémon TR Edition is a fangame developed by LucksackGames using Pokémon Essentials. It features Dark Pokémon variants, Hms as Items, and a brand new storyline in the Kanto Region. The current version has 4 gyms with unique type leaders, secret bases, and the ability to steal Pokemon from certain people.

The Kanto Region. A place where many trainers start their Pokemon journey! However, some trainers aren't as lucky as others. Maybe due to a previous criminal record, they couldn't get their official trainer cards. Maybe they just chose to shun normal society, and instead attempt to rule the underground. Whatever their motivations, we all unite under a single man - Giovanni. Leader of Team Rocket. As a grunt of Team Rocket, you'll be assigned all sorts of duties - Kidnapping. Murder. Arson. Extortion. Blackmail. The life of a criminal isn't always easy.

You are something special as far as Team Rocket grunts go though. Giovanni sees more potential in you. Among the grunts there are a few that advance to the role of being a Rocket Admin. Admin's have their own grunts to command, and are given more free reign to do as they please.

That's your dream - Not to become the Pokemon Champion. Not to make friends with Pokemon. You want to be part of the organization that will eventually control the world. One day, you may even find yourself in Giovanni's seat. Good luck in your mission Rocket.

A huge variety of Pokémon are available for you to choose from, including the traditional Team Rocket starters, Pokemon you can steal, and Darkness Evolution!

■Custom Intro (I had been playing and testing with the intro skipped, enabled to upload and Oak doesn't make much sense. Sorry for now!)

■Fixed teleport bugs that would stick you in walls

■Maybe more! Depends on your input!

v0.37 is the current version. The game updates regularly as bugs are found, as well as releasing more content. 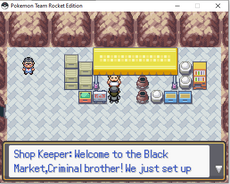 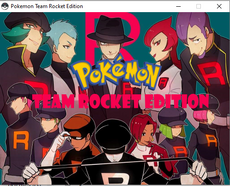 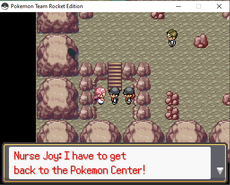 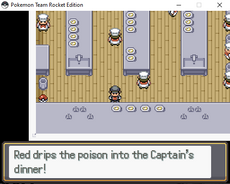 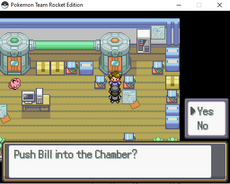