Pokémon Fan Game Wiki
Register
Don't have an account?
Sign In
Advertisement
in: Bootlegs, Games with both fakemon and canonical Pokémon, Playable games

Pokémon Adventure (not to be confused with Pokemon Adventures, the manga series) is a bootleg of a another bootleg, Sonic Adventure 7.

Pokémon Adventure is a 2D-platformer where you play as Pikachu (at least I think its Pikachu). Since this is a bootleg, of a Sonic bootleg Pikachu can do things like spin dash and roll into a ball. Due to the games poor programming, it's very difficult to play.

Most of the enemies are ripped from other games, such as Mario or Sonic, so there's very few actual Pokémon (unless you count Koopa Troopas as Pokémon). 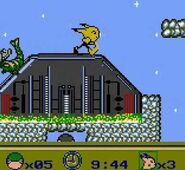 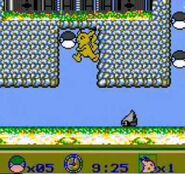