Dragon Ball Z: Team Training is a rom-hack of Pokemon FireRed by Z-Max. It replaces many of the original assets and characters with those from Dragon Ball, a popular anime franchise.

The story is similar to FireReds but with a Dragon Ball skin and a few side-quests added such as finding the seven Dragon Balls themselves. All locations are reworked to reflect locations from the anime (such as Cerulean City being replaced with Namek Town).

The Pokemon are replaced with "Fighters", characters and creatures from the Dragon Ball universe. There are 180 Fighters in total from various series including Z, GT, and even Super. The majority of Fighters are, or at least part, Fighting-type reflecting the nature of the show. Unlike Pokemon, Fighters can evolve more than two times some with many branching evolutions and can even fuse with other Fighters. For example, Vegeta will evolve into SSJ Vegeta and later into Majin Vegeta via level up; however, he can evolve further into SSJ4 Vegeta or SSG Vegeta (who can evolve even further into SSB and SSB2 Vegeta) depending on what item you give him, or he can instead fuse with Goku to form Gogeta or Vegito depending on the type of fusion. There are a multitude of new moves that Fighters can learn from Ki blast to marital arts techniques. The majority of moves (especially Ki based ones) are Fire-type. Some types have had their weaknesses and resistances altered for balance reasons. Normal and Steel, for example, are no longer weak to Fighting (and also Fire for Steel types) since so many Fighters have moves of that type. 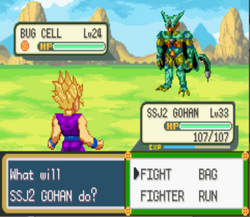 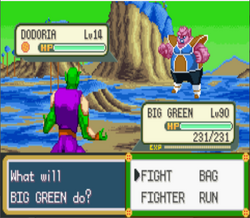 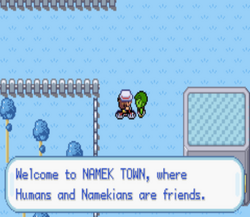 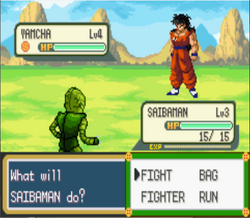